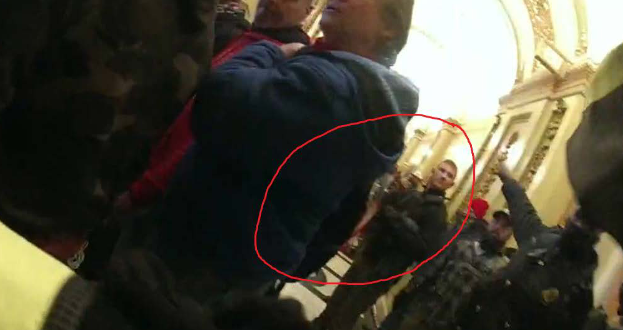 Prosecutors are recommending a four-month jail term for the first military veteran set to be sentenced for participating in the Capitol riot, citing his service as a factor warranting stiffer punishment. Derek Jancart, an Air Force veteran, breached the Capitol in the early wave of the riot and meandered for 40 minutes — alongside friend and fellow defendant Erik Rau — to Speaker Nancy Pelosi’s office.

Although several misdemeanor defendants have pleaded guilt and avoided jail time, prosecutors say they don’t expect that to be common. Rather, those initial defendants were accused of no violence, expressed remorse and cooperated with law enforcement. In the case of Jancart and Rau, however, prosecutors say they came prepared for potential violence — Jancart brought a gas mask and Rau brought kevlar-lined gloves — and were among the first to breach the building.

Prosecutors are recommending a four-month jail term for the first military veteran set to be sentenced for participating in the Capitol riot https://t.co/7XTrok6isW

Jancart was accused of having gas mask, going to Pelosi suite, being among 1st “50-100” inside Capitol pic.twitter.com/fTKmOzQrCY

Derek Jancart pleaded guilty to a misdemeanor in connection with Jan. 6. Max sentence is six months. He admits to engaging in disorderly conduct inside the Capitol. Judge finds him guilty. Sentencing set for Sept. 29. pic.twitter.com/o6gRQxT3wg