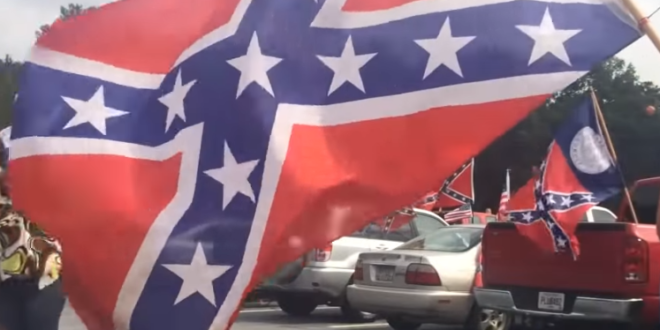 A Georgia city did not violate the constitutional rights of a Sons of Confederate Veterans group when it banned the Confederate battle flag from its annual parade honoring veterans of American wars, a federal appeals court ruled Tuesday.

Richard Leake and Michael Dean sued Alpharetta, an Atlanta suburb, in August 2019 after city officials said the Sons of Confederate Veterans could participate in the annual Old Soldiers Day Parade but could not display the battle flag. The federal civil rights lawsuit accused the city of violating the group’s right to free speech under the First and Fourteenth Amendments.

U.S. District Judge William Ray in June 2020 ruled in favor of the city, finding that the parade amounted to government speech. Leake and Dean appealed to the 11th U.S. Circuit Court of Appeals.

“Because governments are not obliged under the First and Fourteenth Amendments to permit the presence of a rebellious army’s battle flag in the pro-veterans parades that they fund and organize, we affirm,” Circuit Chief Judge William Pryor wrote.https://t.co/2ZOZBRjLZy