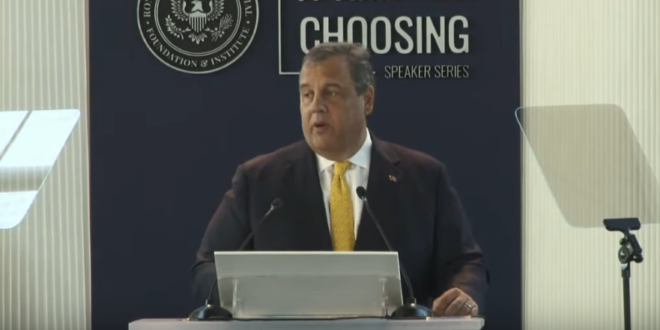 Christie Begs Republicans To Face Up To 2020 Election Loss: Don’t “Tie Our Future To A Pile Of Lies” [VIDEO]

Former New Jersey Gov. Chris Christie, an erstwhile ally of former President Donald Trump, on Thursday tore into the ex-president’s political movement and baseless claims of election fraud, urging the Republicans to break with “the conspiracy theorists and the truth deniers” in their ranks.

Christie said during an appearance at the Ronald Reagan Library that the GOP needs to “face the realities of the 2020 election and learn, not hide, from them,” urging fellow Republicans to “discredit the extremists in our midst.”

Christie also took aim at what is perceived as a cult of personality around Trump, arguing nobody is “worthy of blind faith or obedience” regardless of “what office they’ve held or wealth they’ve acquired,” urging the GOP not to “tie our future to a pile of lies.”

Read the full article. Quite notably, Christie never actually mentioned He Who Shall Not Be Named.