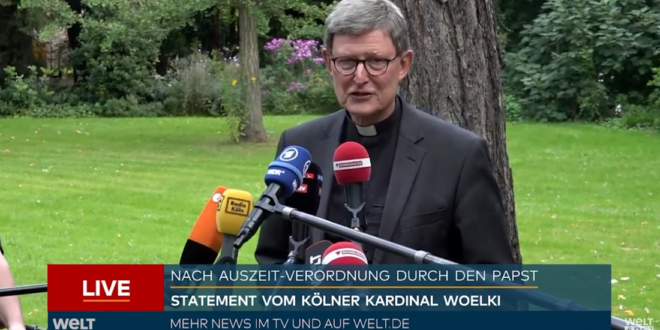 The Roman Catholic Archbishop of Cologne will take a “spiritual time-out” from his duties after committing grave errors in a crisis over clerical sexual abuse, but will retain his post, the Vatican said on Friday.

Archbishop Rainer Maria Woelki, 65, had faced criticism for his handling of allegations of past child sex abuse, in particular for shelving a report into wrongdoing by priests over unspecified shortcomings in methodology.

It was clear that Woelki needed “time to reflect, to renew and to reconcile”, the Vatican said after talks between Pope Francis and Woelki on a crisis that has rocked the church in Germany and follows many similar scandals around the world.

Pope Francis called Cardinal Rainer Maria Woelki from the diocese of Cologne last week and, at his request, granted him a six month “spiritual break” after a Vatican report found he mishandled cases of sexual abuse.https://t.co/vkJTTKbBSk