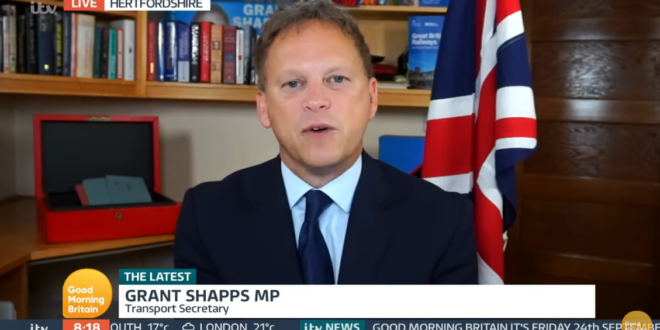 BP said nearly a third of its British gas stations had run out of the two main grades of fuel as panic buying forced the government to suspend competition laws and allow firms to work together to ease shortages. Lines of vehicles formed at gas stations for a third day running Sunday as motorists waited, some for hours, to fill up with fuel after oil firms reported a lack of drivers was causing transport problems from refineries to forecourts.

Some operators have had to ration supplies and others to close gas stations. Transport minister Grant Shapps had earlier appealed for calm, saying the shortages were purely caused by panic buying, and that the situation would eventually resolve itself because fuel could not be stockpiled. Others pinned the blame on Brexit and poor working conditions forcing out foreign drivers.

My wife and I drove 5 miles and queued for 2 hours to get petrol at 6.30 this morning. I pray for emergency workers and those who need fuel in the days ahead. This is on you Boris Johnson and your vacuous Brexit deal.

Just checked with friends in Germany – they have no fuel shortages, no acute HGV driver shortages, no empty supermarket shelves, no gas crisis, no panic buying. “But we also have no Brexit,” as one of them pointed out.

Brexit summed up; a British chap filling German fuel cans in the boot of a German car because of a national desire to be less connected to the Germans. pic.twitter.com/IhGhzCfFJK

So the fuel crisis has nothing to do with Brexit but we can solve it by reversing Brexit legislation on visas.

What’s THAT position called in yoga?