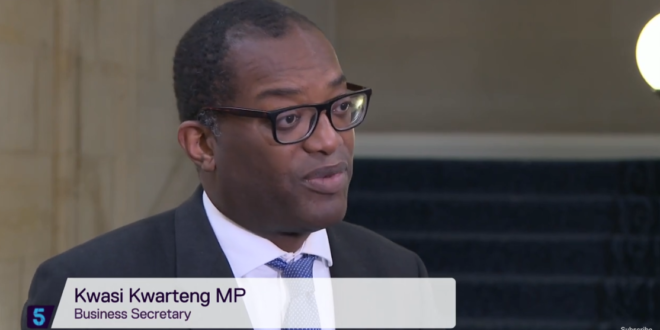 The British government’s reserve tanker fleet was being deployed Wednesday to help deliver gasoline to empty pumps across the U.K., and military drivers will begin operating fuel tankers in the coming days to ease the country’s fuel-supply crisis, a top official said.

Business Secretary Kwasi Kwarteng said the first of dozens of troops trained to operate gasoline tanker trucks will start appearing on the roads within days. “It takes, sometimes, a few days to get troops on the ground. We have decided to do that. I think in the next couple of days you will see some soldiers driving tankers,” Kwarteng told reporters.

Many gas stations around Britain have shut down in the past five days after running out of fuel, a situation exacerbated by panic buying among some motorists.

The fuel crisis isn’t down to Brexit.

But no, no, none of this is related.

I can confirm the government’s Reserve Tanker Fleet will be on the road this afternoon to boost deliveries of fuel to forecourts across Britain.