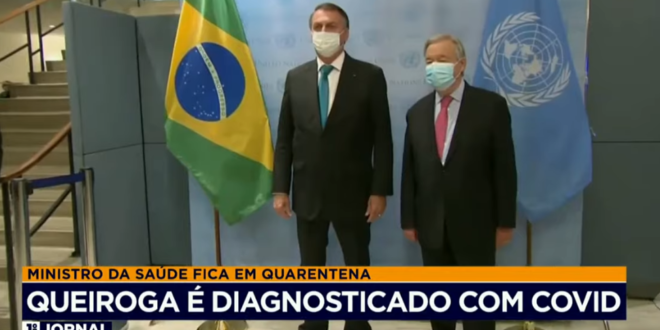 Queiroga will remain in New York in quarantine, the government’s communications office said. “The minister is doing well,” the statement said. It added that the rest of the delegation tested negative for the virus.

Queiroga told CNN Brasil that he had worn a mask the entire time that he was in the U.N. building. With unvaccinated diners barred from eating in New York restaurants, Bolsonaro and his entourage ate pizza on a sidewalk on their first night in the city on Sunday.