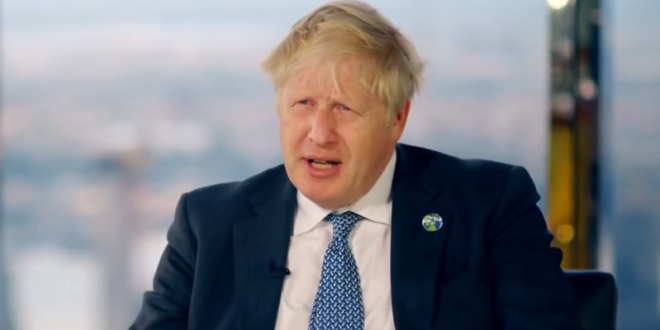 Boris Johnson has admitted for the first time that he has six children, claiming in an interview on US television that he “changes a lot of nappies”. The prime minister has previously tended to avoid questions about his notoriously complex family life. He has been divorced twice, and conceived a daughter during an extramarital relationship.

But when an NBC interviewer put to him that he has six children, he replied: “Yes.” Johnson has a one-year-old child, Wilfred, with his wife, Carrie Johnson. He said it was “fantastic,” to have children in Number 10, claiming: “I change a lot of nappies.” The couple are now expecting another baby.

Johnson also has four adult children with his second wife, Marina Wheeler, and his daughter from his extramarital relationship. It has been reported that Johnson could have conceived another child or children beyond those known about, but he has refused to discuss this.

Boris Johnson has finally admitted that he has six children, a question he has previously dodged in numerous interviews and press conferences. https://t.co/DA6oYUOr92

New: Boris Johnson columns emerge in which he said:
– young people have “an almost Nigerian interest in money”.
– single mothers are “producing a generation of ill-raised, ignorant, aggressive and illegitimate children” & seek access to housing. https://t.co/pzJI5ZpEty