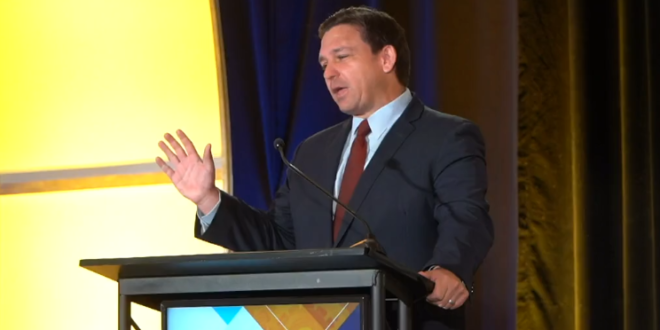 Bolton Poll: DeSantis Even With Trump In 2024 Race

Republican voters are getting weary with Donald Trump, new polling shows, and now prefer Gov. Ron DeSantis about as much as the former President in the 2024 presidential race. Almost as noteworthy as the poll’s message is its source.

The poll from the John Bolton SuperPAC shows Trump with 26% support nationally among Republican primary voters for a 2024 election. Another 74% said they preferred “not Trump.” The poll shows a 20-point drop for Trump since a previous John Bolton SuperPAC poll in July.

When asked to pick from a list of potential 2024 Republican presidential candidates, Trump got 25%, while DeSantis got 25%. The difference is well within the poll’s margin of error. It also shows DeSantis as the only well-positioned potential opponent of Trump.

RT: A new poll from @AmbJohnBolton SuperPAC shows Republican primary support collapsing for Donald Trump, while @GovRonDeSantis rises to about even with the former President.

The poll comes on the heels of another survey in which 61 percent of Republicans said they want Trump to either face a primary challenge in 2024 — or not to run at all. https://t.co/rUmeFm2c3t

A new poll has Former President Trump and Florida Gov. Ron DeSantis in a virtual tie for the 2024 Republican presidential nomination. https://t.co/ALDZECl6Hz pic.twitter.com/q9CKOxY7jf