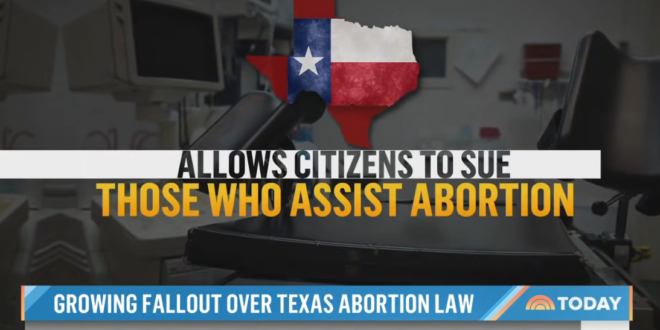 After admitting to violating Texas’ new abortion restrictions in a Washington Post column published this weekend, a San Antonio doctor has fielded his first lawsuit over the medical procedure, according to court records obtained by KSAT. The lawsuit, which actually seeks to nullify the restrictive abortion law, appears to be the first so far reported under the new law.

Dr. Alan Braid, an OB-GYN on San Antonio’s Northwest Side, explained his reasons for following through on an abortion procedure on Sept. 6 in the column. The woman was still in her first trimester, but beyond the state’s window of six weeks, before most women even know they’re pregnant. “I acted because I had a duty of care to this patient, as I do for all patients, and because she has a fundamental right to receive this care,” Braid wrote.

Oscar Stilley, a former lawyer convicted of tax fraud in 2010, said he is not personally opposed to abortion, but believes that the measure should be subject to judicial review. “If the law is no good, why should we have to go through a long, drawn-out process to find out if it’s garbage?” Stilley said in an interview after filing the complaint in state court in Bexar County, Tex., which includes San Antonio.

He also noted that a successful lawsuit could result in an award in court of at least $10,000 for the plaintiff. “If the state of Texas decided it’s going to give a $10,000 bounty, why shouldn’t I get that 10,000 bounty?” said Stilley, who is currently serving his 15-year federal sentence on home confinement. That the first legal challenge to the Texas law came from a convicted felon in Arkansas was somewhat surprising.

Doctor who violated Texas’s ban on abortions after six weeks is sued, launching first test of whether law is constitutional https://t.co/YBSpzKLRBc