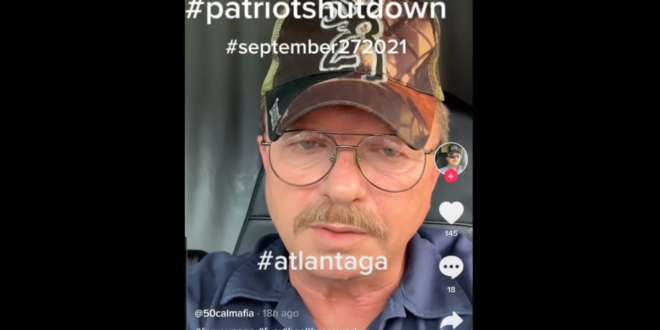 Anti-vaccine demonstrators attempting to block highways as part of nationwide protests will face felony charges, according to the Hamilton County Prosecutor’s Office. Prosecutor Joe Deters said his office has learned of protesters’ plans to shut down highways across the country on Monday morning in a denouncement of mask and COVID-19 vaccine mandates.

“I want to be perfectly clear,” Deters said in a release. “Anyone who attempts to shut down the highways in Hamilton County will be removed from their vehicles, charged with felony Disrupting Public Services, and they will go to jail.” Posts have surfaced urging truckers and other drivers to participate in the “Patriot Shutdown” protests by blocking traffic.

Prosecutor Joe Deters: “I have always been supportive of a citizen’s First Amendment right to protest. But, this is not lawful and it is reckless. It will not be tolerated.”
https://t.co/9TjI07mFff