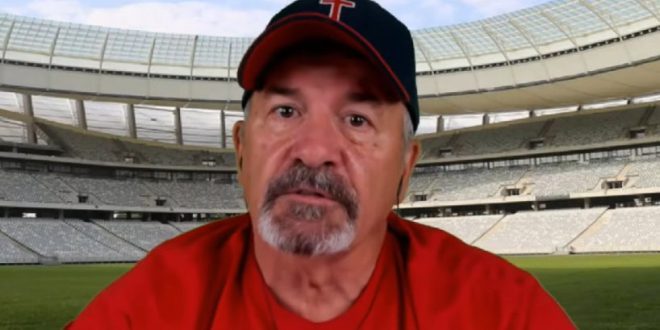 Anti-Vax Cultist Activist Is Likely Sick With Something

“I’m not at the top of my game. I had an unbelievable weekend. I bet I – I don’t know how much I slept. I woke up to go back to sleep, unbelievable. Sweating. [Coughs.] Man. My wife’s upstairs with a whip, she didn’t even want me to come down here this morning.

“And uh [coughs], I’m here and I covet your prayers. You know, everybody says the same thing -‘Oh, you got COVID.’ What the hell does that even mean, I got COVID? What is that? What is COVID? I got something.

“And uh, I’m telling you man, it’s been like nothing I’ve ever experienced in my life. I can’t eat, I can’t even drink. If I drink water – it doesn’t matter what it is – I immediately want to throw up.

“And I have drenched my bed about as many times as you can drench it, with fever. And uh, I just covet your prayers, if you would.” – Dave Daubenmire.

Considering that Dave Daubenmire was so ill yesterday (possibly with COVID) that he had to cut short his own show, perhaps Lahmeyer should rethink having him at his church today? https://t.co/NFc9qL0WKV pic.twitter.com/4YJVp3Lirz

Previous Fox Host: If Newsom Wins, It Was Due To “Voter Fraud”
Next Texas Governor To “Eliminate All Rapists” So That Rape Victims Won’t Be Forced To Carry Their Rapists’ Babies