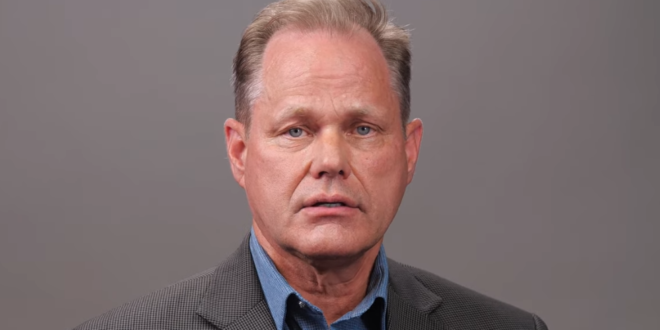 Opponents of a mask ordinance wore yellow Stars of David and shouted at Anchorage Assembly members, and four people were arrested during a second night of heated public testimony on a proposed mask ordinance for the city. The testimony stretched until midnight and the Assembly did not vote on the ordinance.

Many spoke out against the proposal, which has drawn intense pushback from Mayor Dave Bronson, who has pledged not to enact any mandates to slow the spread of COVID-19. Bronson defended the use of yellow Stars of David by people opposed to the mask ordinance.

“We’ve referenced the Star of David quite a bit here tonight, but there was a formal message that came out within Jewish culture about that and the message was, ‘never again.’ That’s an ethos. And that’s what that star really means is, ‘We will not forget, this will never happen again.’ And I think us borrowing that from them is actually a credit to them,” Bronson said.

Read the full article. Regarding the second tweet below, in 2017 I reported that Christopher Constant and Assembly member Felix Rivera had become Alaska’s first-ever openly gay elected officials. If you can bear it, the last clip below contains hours of yellow star-wearing locals raging about communism, horse paste, Nazis, and other batshittery from the QAnon playbook.

1/2 Pictured: A man at the front row at the Anchorage Assembly taunts Assemblymember Forrest Dunbar, who is Jewish, with a Star of David. Shortly after this photo was taken, a man giving testimony called Assembly Member Christopher Constant a “cocksucker.” pic.twitter.com/dXlQbiAlnX

2/2 The Assembly audience broke into sustained cheering and applause. APD has made multiple arrests, including the arrest of one man with a firearm. Tonight’s meeting may go down as the most chaotic Assembly meeting in recent history.

Right-wing Mayor of Anchorage, AK David Bronson, who has said he will not get vaccinated, says there is nothing wrong with anti-vaccers wearing a Nazi-era, ‘Star of David’ to the commission meeting since it pays tribute to Jews. pic.twitter.com/NShnT0wjat

Meanwhile, musings from the mayor of Anchorage: “Ivermectin is quite successful!”

Scenes from the second day of a wild Anchorage Assembly meeting where a mask mandate was being considered pic.twitter.com/nvmQD5osU2

the experts™️ weighed in on the proposed mask mandate at tonight’s Anchorage Assembly meeting pic.twitter.com/oyJkdl5wZY