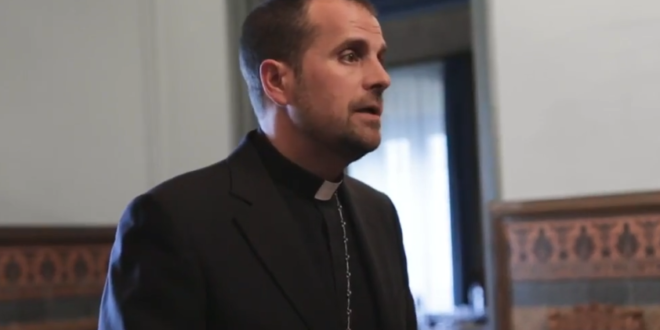 Anti-Gay Bishop Quits To Be With Satanic Erotica Writer

In 2010 at the age of 41, he became Spain’s youngest bishop, in Solsona in the north-eastern region of Catalonia. He has backed so-called conversion therapy for gay people and carried out exorcisms.

Xavier Novell was traditional in his remarks on abortion but his strident views on homosexuality and outspoken support for Catalonian independence were controversial.

Novell had come under fire by some Catholic officials for some of his extreme practices, which included the support of conversion therapy and exorcisms. Religión Digital reported Tuesday that Novell underwent the procedure himself as a means to “reaffirm his heterosexuality”—all before leaving the church.

Pope Francis has today accepted the resignation of Mons. Xavier Novell Gomà, 52, as Bishop of Solsona, Spain. This comes after months of pressure from LGBTQ groups in Spain, after the Bishop said sodomy is a crime and that abortion is a genocide akin to the Holocaust. pic.twitter.com/Wy7sSWG2q0

Previous Three Charged In Identity Thefts Of Surfside Victims
Next Conway To Biden: “I’m Not Resigning, But You Should”