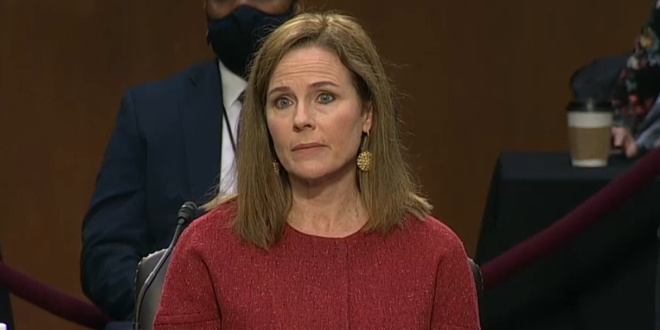 In the wake of a controversial decision on abortion rights, U.S. Supreme Court Justice Amy Coney Barrett told a crowd of more than 100 here that she doesn’t believe the highest court in the land is politically driven.

“My goal today is to convince you that this court is not comprised of a bunch of partisan hacks,” she told the guests at a Sunday celebration of the 30th anniversary of the opening of the McConnell Center at the University of Louisville.

Barrett, who was appointed to the U.S. Supreme Court in 2020, spent much of her talk at the Seelbach Hilton Hotel arguing the court is defined by “judicial philosophies” rather than personal political views.