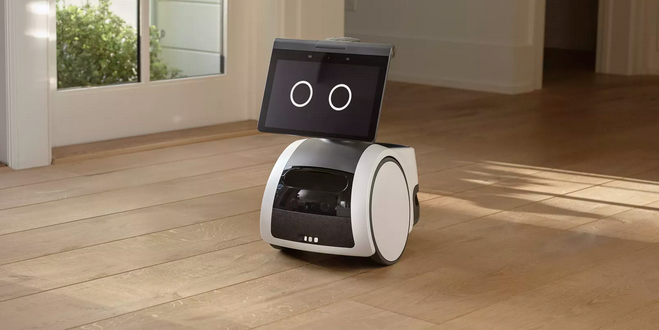 Amazon is rolling out (literally) a robot that can help monitor your home. Powered by Amazon Alexa and a bunch of artificial intelligence (AI) technology while patrolling about on a set of wheels, the Astro robot can handle numerous tasks, from providing a view of inside the home when you’re out to delivering a message to Mom.

The robot carries the same name as the dog from The Jetsons, but its simple face, rolling mechanism and, of course, advanced tech, make it much more similar to Rosey. Amazon’s Astro relies on AI, sensors, computer vision, and voice and edge computing to perform various workloads.

It has a 10-inch touchscreen that can show a “face,” and it scoots around your house on wheels. You can request an invite to buy it as part of Amazon’s Day 1 Edition program, and it costs $999.99. The robot will begin shipping to selected customers later this year.

A number of other home robots, some with more specific uses and lower prices, have flopped. But Amazon has the balance sheet to spend on pursuing experiments that failed startups like Jibo did not. My thought bubble: Astro not only puts a dent in the wallet but also enables Amazon’s cameras and microphones to move freely about the home, which consumers may want to think long and hard about.

Previous Vatican Mandates COVID Vaccine For All Employees
Next Evangelical: Any Sexual Role-Playing Is Against Jesus