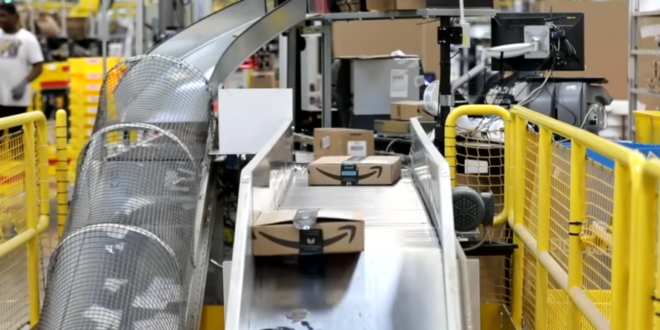 Amazon.com Inc. plans to open several large physical retail locations in the U.S. that will operate akin to department stores, a step to help the tech company extend its reach in sales of clothing, household items, electronics and other areas, people familiar with the matter said. The plan to launch large stores will mark a new expansion for the online-shopping pioneer into bricks-and-mortar retail, an area Amazon has long disrupted.

Some of the first Amazon department stores are expected to be located in Ohio and California, the people said. The new retail spaces will be around 30,000 square feet, smaller than most department stores, which typically occupy about 100,000 square feet. The Amazon stores will dwarf many of the company’s other physical retail spaces and will have a footprint similar to scaled-down formats that Bloomingdale’s Inc., Nordstrom Inc. and other department-store chains have begun opening.

Amazon’s entry into department stores would put even more pressure on an already struggling retail segment. J.C. Penney, Lord & Taylor and Neiman Marcus were among the retailers that filed for bankruptcy last year. Nordstrom and Macy’s have been investing heavily in an effort to attract new customers, including opening smaller format stores and improving their e-commerce businesses.