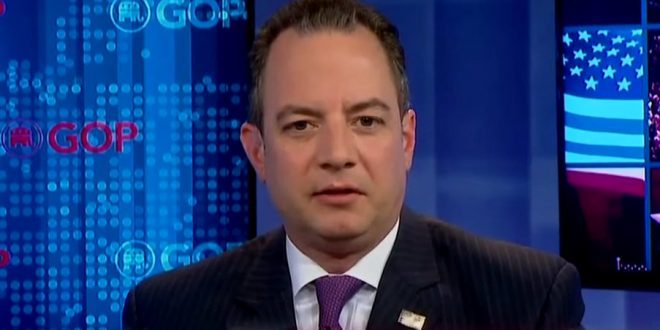 Wisconsin lawmakers will spend hundreds of thousands to review the presidential election and will soon issue subpoenas as part of their effort, according to Reince Priebus, the former head of the state and national arms of the Republican Party.

Priebus, the first chief of staff to former President Donald Trump, made the comments on former Trump adviser Steve Bannon’s podcast. He described the plans three days after Wisconsin Assembly Speaker Robin Vos of Rochester met with Trump about his plans to review the election.

Priebus told Bannon that Republicans who control the Legislature had agreed to “fully fund” an investigation that would cost “about $680,000, at least to start.” He did not say whether the funds would come from taxpayers, donors or a mix of the two.

Reince Priebus says Wisconsin’s review of the 2020 election will cost $680,000 or more and subpoenas will be issued soon https://t.co/9QVMoi1xOd

Previous WSJ: Four US Marines Killed In Kabul Suicide Bombing
Next Newsmax Host: Vax Mandates Are For Taking Your Guns