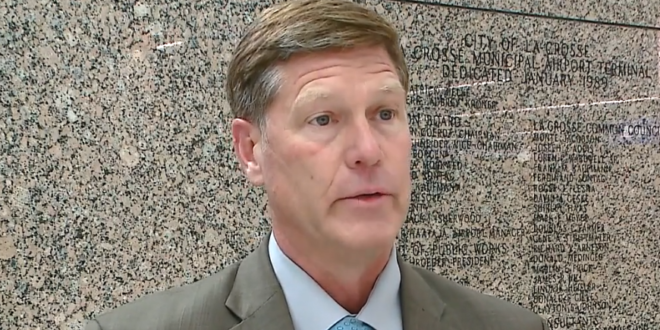 Wisconsin Rep. Ron Kind, a moderate, business-friendly Democrat, told reporters in the state capital Tuesday he would retire at the end of this term. Kind’s decision makes it easier for the GOP to flip his seat next year, a spokesman for a super PAC said in a statement.

“This will be my last term in office. I will not seek reelection,” the Milwaukee Journal Sentinel quoted Kind as saying. “I’ve run out of gas.” Politico reported earlier that he would not be running next year for what would be his 14th term.

Republicans saw Kind, 58, as a top target in 2022 and have been relentlessly attacking him. All eight House districts in Wisconsin will be redrawn before next year’s election to reflect the results of the 2020 census, which are due to be released on Thursday.

Wisconsin is Dems’ redistricting problem in a nutshell. Even though WI is evenly divided, Rs could easily win 6/8 seats in 2022 b/c Dem voters are so clustered in Madison & Milwaukee.

Trump carried 6/8 districts while losing WI in 2020…and not really b/c of gerrymandering.

Representative Ron Kind has loyally served the people of Wisconsin’s 3rd Congressional District. We’re ready to fight for his successor and so thankful for all of his hard work on behalf of Wisconsinites. pic.twitter.com/GIHTIrLgfL