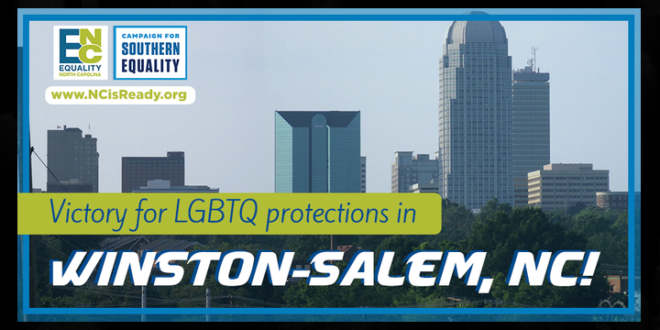 The Winston-Salem City Council on Monday approved public accommodation and employment protections for LGBTQ people and members of other protected classes, extending rules to the private sector that apply now only to city government.

Most of the new protections go into effect on Jan. 1, although some enforcement provisions don’t take effect until next March.

“It is a huge step for Winston-Salem,” said Kevin Mundy, the city’s only openly-gay member of the city council. “There are several other cities that got ahead of us from a timing perspective, but we have been working on it as long as those other cities have.”

Previous Carlson Praises Taliban For Rejecting “Gender Politics”
Next Graham On Afghanistan: Do You Miss Trump Yet? I Do