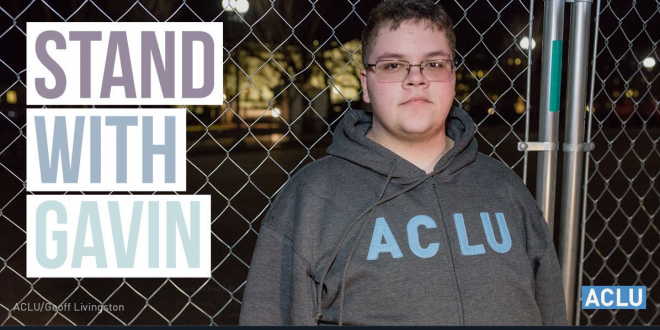 Virginia School Board To Pay $1.3M To Gavin Grimm

A Virginia school board will pay $1.3 million to Gavin Grimm, a transgender man who sued his Gloucester County high school in 2015 after being denied access to the boys’ restroom.

The settlement comes two months after the Supreme Court declined to hear the board’s appeal of a lower-court ruling that allowed transgender students to use the bathrooms that correspond to the gender with which they identify.

There are now no legal proceedings left, finally marking an end to Grimm’s case. “Rather than allow a child equal access to a safe school environment, the Gloucester School Board decided to fight this child for five years in a costly legal battle that they lost,” said Grimm in a statement.

Virginia school board will pay $1.3 million in settlement to transgender student Gavin Grimm, who sued over bathroom policy https://t.co/M3AKw9C7au