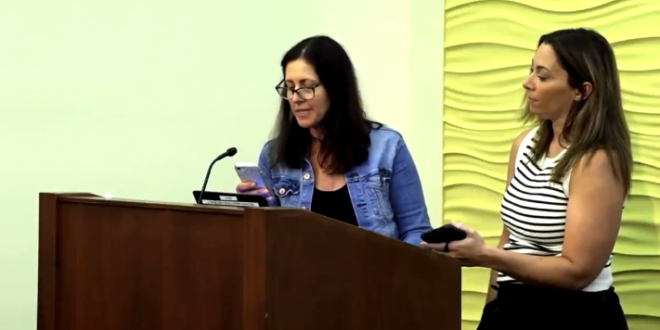 VIRAL VIDEO: Anti-Mask Nut Rants That If God Wanted Us To Wear Masks “He Would Have Made Us That Way”

Police are investigating a man who flashed a Nazi salute and chanted “Heil Hitler” during a raucous Birmingham Board of Education meeting over a mask mandate for students. Unruly anti-maskers booed and hurled insults at board members and speakers, including a high school student, who spoke in favor of face coverings during the meeting Wednesday evening.

The anti-maskers spewed falsehoods about COVID-19, telling board members that masks are dangerous and that children aren’t at risk of spreading the virus, despite a plethora of evidence to the contrary. Several parents said they’re removing their children from school because of the mandate.

Another parent said God didn’t intend for people to wear masks, which she falsely claimed are “ineffective” and increase the risk of cancer. “Our children will never see the freedoms we enjoyed growing up. They are not even free to breathe fresh air. If God wanted us to cover our mouth and nose, he would have made us that way.”

Read the full article. The clip has nearly 3 million views.

“If God wanted us to cover our nose and mouth, he would have made us that way.” Says a woman with glasses on. pic.twitter.com/OdiWkWlXIO

And this parent said she’s removing her daughter from Birmingham Public Schools because of a mask mandate, which she compared to child abuse. pic.twitter.com/OWPBlb70Fq