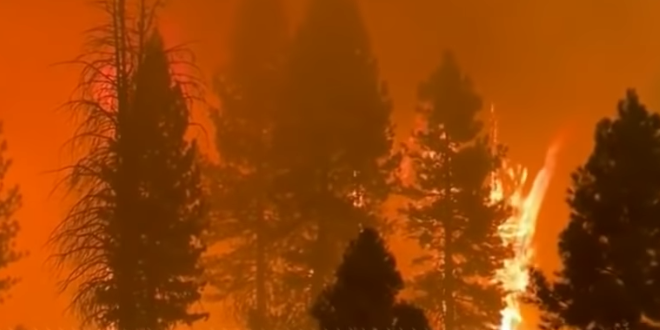 A United Nations climate panel has confirmed — in its strongest language ever — that the impacts of human-caused climate change are severe and widespread, and that while there is still a chance to limit that warming, some impacts will continue to be felt for centuries.

The UN panel said there is more evidence than ever before that human activity and greenhouse gas emissions are warming the planet at a rate unprecedented in the last 2,000 years and that the impacts of that warming are already severe and widespread.

Humans have already heated the planet by roughly 1.1 degrees Celsius, or 2 degrees Fahrenheit, since the 19th century, largely by burning coal, oil and gas for energy. And the consequences can be felt across the globe: This summer alone, blistering heat waves have killed hundreds of people in the United States and Canada, floods have devastated Germany and China, and wildfires have raged out of control in Siberia, Turkey and Greece.

But that’s only the beginning, according to the report, issued on Monday by the Intergovernmental Panel on Climate Change, a body of scientists convened by the United Nations. Even if nations started sharply cutting emissions today, total global warming is likely to rise around 1.5 degrees Celsius within the next two decades, a hotter future that is now essentially locked in.

The intergovernmental panel brings together representatives of world governments who appraise research by scientists. That means all governments buy into the findings. The last panel was in 2013 and researchers say much has firmed up since then.

Previously, for instance, they were reluctant to ascribe extreme events such as heatwaves and torrential rain to being at least partly down to climate change. Now in the case of the heatdome in the US in June, they’re confident to say it would have been almost impossible without climate change.

They say the world will continue to get hotter. It will also – especially in northern Europe – get wetter, though droughts will increase too as weather patterns shifts.

Heating from humans has caused irreparable damage to the Earth that may get worse in coming decades, UN climate report finds https://t.co/Wfb0RKtNbT

Global warming will get progressively worse and cannot be stopped over the next 30 years, a major new UN report has concluded, because the world’s nations delayed so long in curbing emissions. A hotter future is now essentially locked in.https://t.co/tMnu8VJMpo