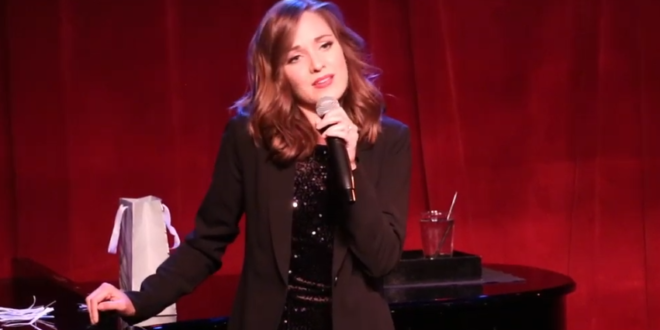 Laura Osnes — who shot to fame when she won the talent search show “Grease: You’re the One That I Want!” in 2008, and has gone on to have a heavyweight Broadway career — was set to perform in front of a star-studded audience for a one-night production of “Crazy For You” at the Guild Hall in East Hampton.

We’re told that’s when two-time Tony nominee Osnes — who starred in the title role of the Broadway adaptation of “Cinderella” from 2013 to 2014 — revealed that she hadn’t been vaccinated, and announced that she doesn’t trust the jabs. Osnes has described herself in interviews as a Christian conservative.

Broadway superstar Laura Osnes fired from show for not being vaccinated https://t.co/KWlsnu9t2j pic.twitter.com/UioWTkwbpn

I predict Laura Osnes will be doing national anthems at the RNC by 2024 https://t.co/bHofQYj7dV

Some inspiration for the day: If you’re vaccinated you currently have a better chance of being cast in a Broadway show than Laura Osnes does.

Laura Osnes is a triple threat! Coughing, sneezing, AND breathing!