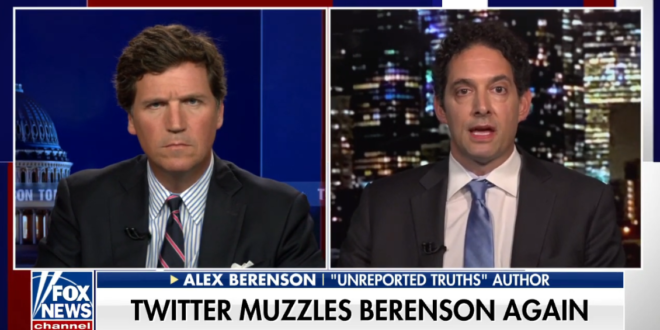 Berenson repeatedly used the platform to sow doubt about COVID-19 treatments that have proven safe and effective, including the vaccines. When his claims were attacked on Twitter, he would take his falsehoods to Fox News, repeatedly making appearances on shows like Tucker Carlson Tonight.

Read the full article. Berenson last appeared on JMG in July when he advocated for getting infected with COVID on purpose. At this writing he’s continuing to post from a second verified account, from which he has removed his name and photo.

It would appear that recently-banned COVID disinfo merchant Alex Berenson has a ban evasion account with a blue checkmark (@GenRescue, permanent ID 24014317). @TwitterSafety, you might wanna check this one out. pic.twitter.com/QH4flf8Hy9

Alex Berenson actually does leave behind one legacy worth celebrating.

He was on the receiving end of the single greatest dunk in Twitter history. pic.twitter.com/3wfTrOWH51

Following his Twitter suspension, Alex Berenson said: “I can’t wait to hear what a jury will make of this.” https://t.co/LwP8WsUo6h

A dozen soulless unethical hacks scramble to be the one to file a lolsuit against Twitter on behalf of Alex Berenson.