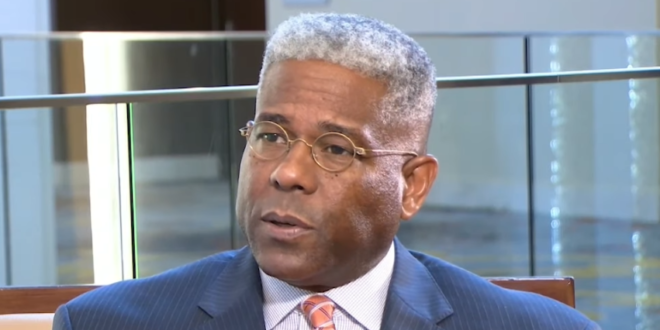 The wife of Republican Texas gubernatorial candidate Allen West was arrested Friday night on suspicion of driving while intoxicated while her grandson was in the car. Angela West was booked into the Dallas County jail on a charge of driving while intoxicated with a child under 15 years of age, according to a police report. According to the report, Angela West was pulled over around 8:45 p.m. Friday in the 2300 block of West Northwest Highway, near Loop 12 and Harry Hines Boulevard.

West said in an Instagram video Saturday morning that his wife had not been drinking alcohol Friday night and that her breathalyzer test “came up negative.” Police said they took a blood specimen, which will determine Angela West’s blood alcohol level, but those results are pending. In his video posted Saturday, Allen West said he was “highly pissed off” and “beyond livid” at how police handled the incident. He accused police of leaving his young grandson with two police officers after the arrest.

West, as you may know, has been touring the country giving speeches at QAnon conferences where he claims that Biden stole the election. In 2003, West resigned from the US Army rather than face a court martial for abusing an Iraqi prisoner.