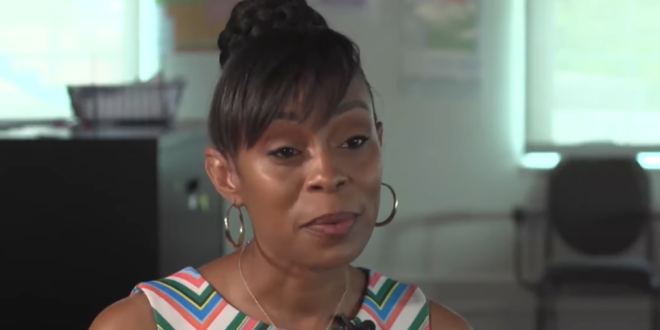 Voters in the 11th Congressional District took the first step Tuesday toward choosing a new representative for Northeast Ohio as County Councilwoman Shontel Brown held off progressive Nina Turner to win the Democratic primary for an open U.S. House seat.

The contest Tuesday had emerged as a proxy for the future of the Democratic Party. Brown had the support of Hillary Clinton, the political arm of the Congressional Black Caucus and several leading unions.

She will vie to replace Rep. Marcia Fudge, who left to be President Joe Biden’s housing chief. The top Democrat and Republican will face off in the Nov. 2 general election in a district that includes Cleveland, much of Akron and other Summit County communities.

In a spirited concession speech from a bowling alley in the Cleveland suburb of Maple Heights, Turner blamed the super PACs that opposed her for the loss and vowed to fight for better infrastructure and campaign-finance reform to aid like-minded candidates.

“I am going to work hard to ensure that something like this never happens to a progressive candidate again,” she said. “We didn’t lose this race — the evil money manipulated and maligned this election.”

Turner, a former Ohio state senator who became a chief surrogate for Sen. Bernie Sanders’ presidential bids, entered the special as a well-known figure with a huge financial edge; her own internal polling from late May had her with 50 percent of the vote, and she had endorsements from Sanders, AOC, and the Justice Democrats, a leading progressive group.

We knew this would be an uphill battle from the moment we started this campaign.

While we didn’t cross the river, we inspired thousands to dream bigger and expect more.

We couldn’t overcome the influence of dark money, but we left our mark on OH11 and this nation.

THANK YOU OHIO-11!
And to all of the amazing volunteers, supporters and donors! Let’s get to work! pic.twitter.com/8N5uPqjFAz