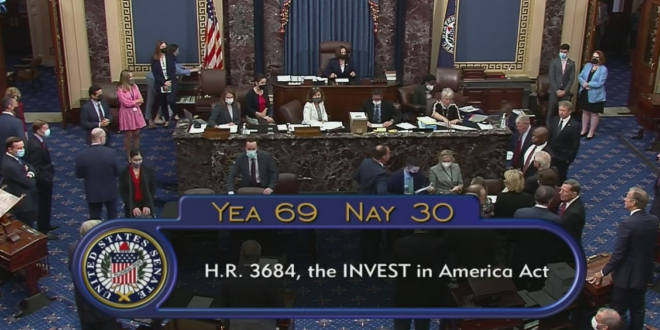 The vote, 69-30, was uncommonly bipartisan; the yes votes included Senator Mitch McConnell of Kentucky, the Senate Republican leader, and 18 other Republicans who shrugged off increasingly shrill efforts by former President Donald Trump to derail it.

But the measure now faces a potentially rocky and time-consuming path in the House, where the speaker, Nancy Pelosi, and the nearly 100-member Progressive Caucus, have said they will not vote on it unless and until the Senate passes a separate, even more ambitious $3.5 trillion social policy bill this fall.