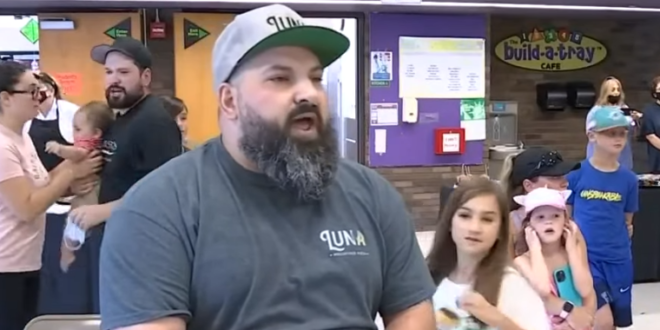 A group of parents screaming for the governor to “unmask our children” interrupted a school meeting in Cheshire. Gov. Ned Lamont joined educators and public health officials on Wednesday for a discussion about the new school year.

Last week, Lamont announced that there would be mask mandate at schools until Sept. 30 because of the increase in COVID cases and the Delta variant. The meeting was meant to unify a plan to get students back in the classroom, but it ended abruptly after parents who don’t want their children to wear masks showed up to express their opinions.

Some of the parents then followed Lamont out of the school and started calling him a criminal and accusing him of sending children to a concentration camp.

They compared children wearing a mask to locking them in a ‘concentration camp.’ https://t.co/YdQRUn2ug8