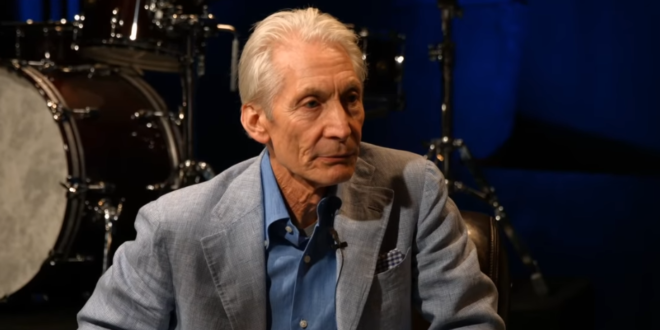 The Rolling Stones drummer Charlie Watts has died at the age of 80. The sad news comes weeks after Watts pulled out of the band’s No Filter tour. A spokesperson for Charlie confirmed his absence from the US shows earlier this month, revealing that the rocker needed to ‘rest and recuperate’ following a medical procedure.

He confirmed the operation had been ‘completely successful’ but said the star needed time to recover. Watts said: “For once my timing has been a little off. I am working hard to get fully fit but I have today accepted on the advice of the experts that this will take a while.”

Bandmates Mick Jagger, Keith Richards and Ronnie Wood all shared messages of support following the announcement. Charlie has been a member of the Rolling Stones since 1963.

Previous Duggar’s Attorneys File Motion To Suppress Evidence, Claim He Was Questioned Without His Lawyer Present
Next PA Senate To Begin “Forensic” Probe Of 2020 Election