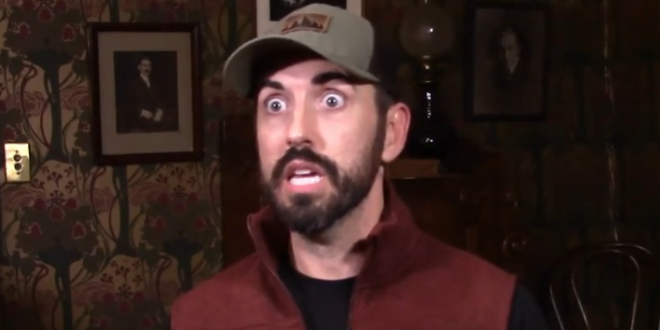 With the 2022 elections on the horizon, Florida races on the state level are heating up, especially in Florida House District 6. Brian Clowdus, who is now officially on the ballot for the Republican nomination, has just scored a pivotal endorsement by Roger Stone.

“As a former Chairman of the Young Republican National Federation, I also honor my friend, Brian Clowdus and will be supporting his campaign for the Florida State House.” – said Stone on Brian Clowdus.

Clowdus then claimed he is grateful for Stone’s “friendship” and “support” adding, “I look forward to having him on the trail with me over the next year and welcoming him to District Six on Saturday, August 28th, as we officially launch this campaign.”

Two new projects from Brian Clowdus — one in metro Atlanta, another in Virginia — have drawn strong pushback from Atlanta theater artists who claim that he was emotionally abusive, racially insensitive and fostered unsafe working conditions during his decade as founding artistic director at Serenbe Playhouse. In the wake of the allegations, the Serenbe Institute — which oversees the playhouse — took the extraordinary step of shutting down the company.

A May 21 announcement from Brian Clowdus Experiences now puts Oklahoma! at Mount Rouge Farm, also in Roseland, with run dates of August 19–September 5. Clowdus recently announced that James O’Keefe, the founder of the controversial far-right activist group Project Veritas, will play the lead role of Curly. O’Keefe has no verifiable theater credits.

Clowdus was photographed at a Trump rally in Dalton earlier this year with Jake Angeli, the shirtless QAnon “shaman” who was arrested following his highly visible participation in the January 6 attack on the U.S. Capitol.

Against all odds we did it & OKLAHOMA is opening tonight! We refused to take no for an answer. It took 3 venues, tons of changes in cast & creative team, standing up against mob mentality and more than all it took PLENTY OF HEART & PLENTY OF HOPE! This is history in the making… pic.twitter.com/IUCNpD3rFG

⁦@LauraOsnes⁩ BRAVO for having such bravery. You are welcome to work with me any day of the week. Me & the artists I hire believe in personal freedom. Would love to connect! You are the real deal. https://t.co/RvU0oNieYM

BREAKING NEWS! Roger Stone has just endorsed my campaign. Roger, I am so grateful for your friendship & support! Life is truly amazing!!!!! pic.twitter.com/C48spLVVO7

BREAKING NEWS: Roger Stone will be our Guest Of Honor at The Clowdus Campaign Launch Party August 28 at 6pm! Get your tickets NOW as we will sell out ASAP with this news!!! https://t.co/UXr1DFXLZq pic.twitter.com/qiErtW5GIX