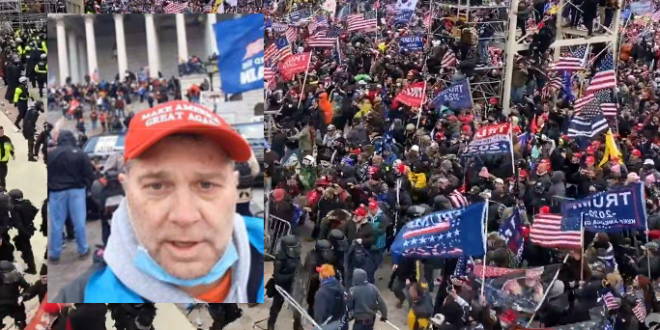 Rioter Pleads For Leniency: I’m Not A Trump Supporter

A defendant who pleaded guilty in connection with the Jan. 6 siege on the U.S. Capitol Complex has told a federal judge that one reason he should face a light punishment is because he’s a “registered Democrat” who is “not a Trump supporter.” According to court documents on file with the U.S. District Court for the District of Columbia, Robert Maurice Reeder, 55, of Maryland, pleaded guilty to one of several counts contained in an original charging document.

The defendant made those claims despite federal prosecutors previously telling the same judge that the defendant is on video “seemingly” chanting “Fight for Trump!” and wearing a red “Make America Great Again” hat during the tumultuous breach. The government asked Senior Judge Thomas Francis Hogan, a Ronald Reagan appointee, to impose a sentence of “two months’ imprisonment and restitution in the amount of $500.”

Read the full article. According to the DOJ, Reeder filmed fellow cultists assaulting the police and later boasted about being among the last rioters to exit the Capitol after being “gassed.”