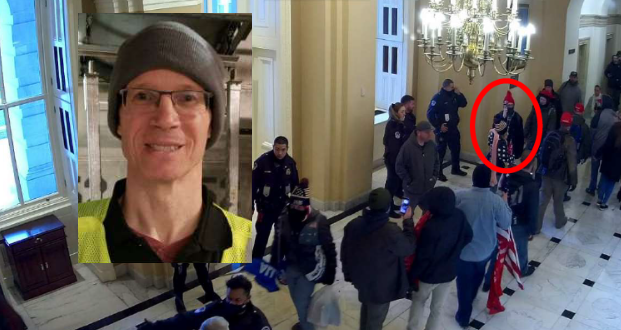 A worker at a UPS hub in Lawnside, New Jersey was arrested on Thursday for several federal offenses that he allegedly committed on Jan. 6 and then bragged about the next day, according to the Department of Justice.

The FBI said that multiple tips and witnesses identified Donald Smith as one of the hundreds of people who unlawfully breached the U.S. Capitol. The first tipster identified themself as a UPS co-worker of Smith’s.

“UPS Worker Bragged to Co-Worker About Entering Pelosi’s Office on Jan. 6, Calling It the ‘Best Day of His Life’: Feds”@Matt_Naham reports. https://t.co/hyXwZvSiVA via @lawcrimenews