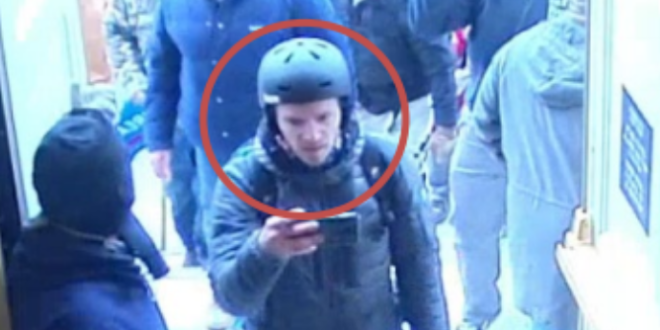 The mother of an alleged MAGA rioter wound up inadvertently getting her son arrested after she boasted about him storming the Capitol on Facebook.

As the complaint explains, Slaeker’s mother posted photos that he’d taken from the Capitol on her Facebook page and relayed his descriptions of what he said was going on during the deadly riots.

Read the full article. Slaeker was last in the news in 2017 when he was photographed camping overnight outside of a Seattle Chick-Fil-A store ahead of its grand opening.

NEW: Yet another Capitol defendant nabbed because a parent “bragged” about him on Facebook.

Two separate relatives (through marriage, they note) told the FBI about posts made by the mother of 39-year-old Tyler Slaeker. The feds arrested him in Federal Way, Washington. pic.twitter.com/C3tyLSvTW6

New Jan. 6 charges filed vs Tyler Slaeker of Washington state.
He’s accused of trespass/illegal parading but in keeping with @emptywheel ‘s theory that minor arrests may have investigative purpose, he’s seen inside the Capitol holding up a phone. The govt may want the footage. pic.twitter.com/vtVoJEPMHt