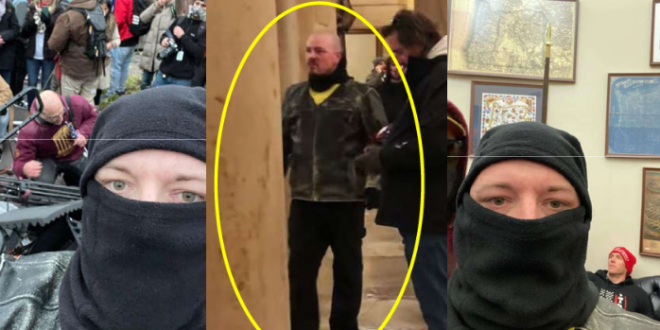 Less than a month after a Covington man charged in the U.S. Capitol riot was placed on house arrest, he faces new charges of assaulting a member of his household. Prosecutors cited the charges Friday in asking that bond for Joshua Dillon Haynes be revoked while he awaits trial in Washington, D.C.’s federal court.

Haynes, 39, currently is being held in the Allegheny Regional Jail on charges of malicious wounding, strangulation and multiple misdemeanor charges of assaulting a family member.

According to federal court filings, Haynes was captured on video destroying equipment belonging to the news media outside the Capitol before entering the building with a horde of other Trump supporters. “i Kicked the fake news ass,” he allegedly wrote.