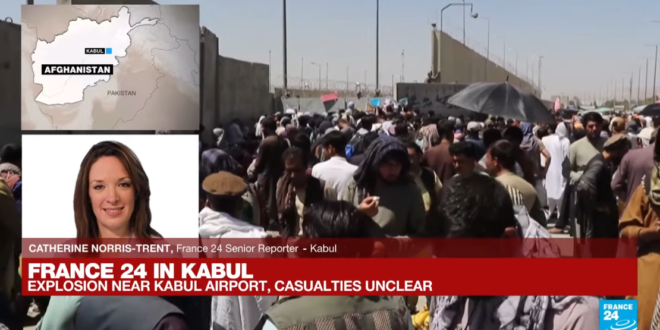 Russia’s Foreign Ministry says a second explosion has gone off outside Kabul airport. The twin suicide attacks killed at least 13 people and wounded another 15.

U.S. officials said that American personnel were wounded in the blast, without elaborating. They spoke on condition of anonymity to discuss ongoing operations. The blasts happened outside the airport, where thousands of Afghans have gathered hoping to join a U.S.-led airlift after the Taliban takeover.

Western nations had warned earlier in the day of a possible attack at the airport in the waning days of a massive airlift. Suspicion for any attack targeting the crowds would likely fall on the Islamic State group and not the Taliban, who have been deployed at the airport’s gates trying to control the mass of people.

We can confirm that the explosion at the Abbey Gate was the result of a complex attack that resulted in a number of US & civilian casualties. We can also confirm at least one other explosion at or near the Baron Hotel, a short distance from Abbey Gate. We will continue to update.