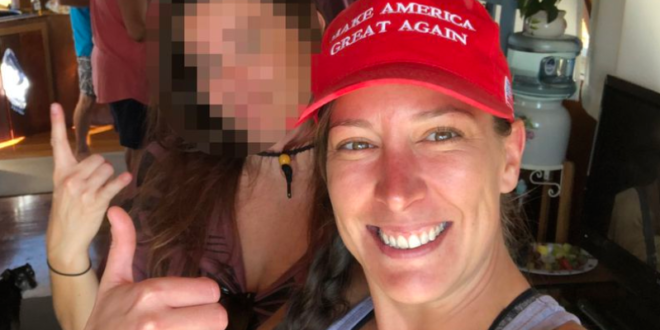 Ashli Babbitt was the victim of an “ambush,” says the Babbitt family attorney preparing a wrongful death lawsuit seeking more than $10 million in damages against the Capitol Police and the officer who fatally shot the woman during the Capitol riot on Jan. 6.

The flash of violence was caught on video showing the officer off to the side holding a gun and Babbitt making her way through broken glass-paneled doors. At the center of the debate is the question of what was shouted and heard in the moments leading up to Babbitt’s death.

Terry Roberts, a Maryland personal injury lawyer who specializes in police misconduct cases, disagrees with the assertions by the officer’s lawyer that his client issued a verbal warning before discharging his firearm.

Read the full article. Babbitt’s husband sued back in June to learn the name of the officer who shot her.

“It’s not debatable. There was no warning.”

Ashli Babbitt was the victim of an “ambush,” says the Babbitt family attorney.

Ashli Babbitt’s family filing a $10 million wrongful death suit against US Capitol Police. Their attorney says she was ambushed by the officer who shot her, and was given no warning or verbal command. pic.twitter.com/XUAyEuh0yk

Ashli Babbitt was shot trying to break into the floor of the House of Representatives after breaking into the US Capitol.

She’s not a martyr, hero, or patriot.

She died a criminal, insurrectionist, racist, and traitor.