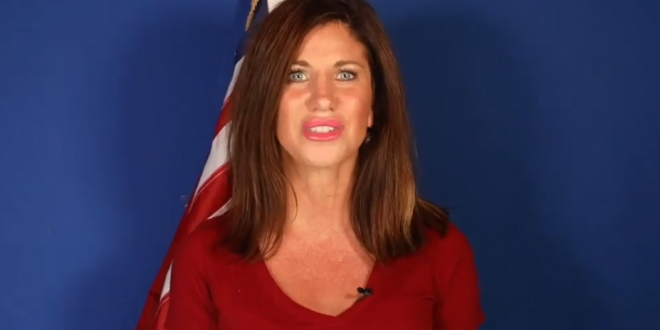 QAnon/GOP Ex-House Candidate: Pelosi And The Deep State Are Killing DC Cops To Cover Up The Riot “Hoax”

“What’s going on? Obviously, one is weird. Two is very weird. Three – anything more than three is really statistically impossible. Something very weird is happening here and I think that we can safely assume that these are not suicides.

“I mean, come on, we’re not stupid, we’ve seen this time and time again. And also, what does every major false flag events have in common? Suicides, right after. Right? Suicides of the survivors, of any of the police officers.

“And of course, the perpetrator – they always seem to commit suicide afterwards. And I’m not saying that all these suicides were fake or Arkancided. But it’s very peculiar and  I don’t believe in coincidences after a certain number of them.

“Obviously Nancy Pelosi and the deep state, they scripted this. This was orchestrated. And the people that they can buy and pay out to act and cry on command and tell everybody how this was racist this event was, they get to live.

“But yet the ones that maybe that have something more to share, maybe the ones that really know the full scoop of this and were potentially about to come forward with evidence to debunk this entire hoax, maybe they’re the ones that were offed.” – DeAnna Lorraine.

QAnon conspiracy theorist DeAnna Lorraine claims that the “deep state” is killing Capitol Police officers to cover up the fact that the Jan. 6 insurrection was really a “false flag.” https://t.co/W3ftazNLO3 pic.twitter.com/Ce6CpTbANs

RELATED: Lorraine last appeared on JMG when she claimed Democrats infected Trump’s debate microphone with COVID. Before that, she appeared here when she called for organizing militias to attack “little skinny soy boys who can’t even swim.” Along with Shitbag Todd Starnes, Lorraine was a primary promulgator of the “empty hospitals” claims in the early days of the pandemic. Lorraine has run for the US House twice, failing to unseat Nancy Pelosi each time with less than 2% of the vote. At the time of her November 2020 banning by Twitter, she had nearly 400,000 followers.