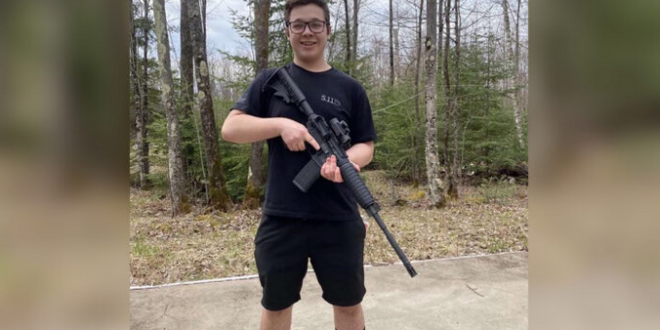 Prosecutors in Wisconsin want jurors to know what admitted Kenosha killer Kyle Rittenhouse said about his gun in the weeks before he shot and killed two people and injured a third in August 2020. “Bro, I wish I had my fucking AR,” the 17-year-old allegedly says on a video some 15 days before the fatal incidents that occurred during a Black Lives Matter protest. “I’d start shooting rounds at them.”

In the footage, Rittenhouse and others who appear to be inside a car are referencing a Black man seen jogging out of and away from a CVS Pharmacy. According to prosecutors, Rittenhouse expressed his desire to shoot at “several” such individuals at the drugstore because he believed they were stealing. To hear the prosecution tell it, Rittenhouse’s alleged desire to shoot people is doubly relevant in his upcoming murder trial.

Prosecutors Want to Use Video of Kyle Rittenhouse Allegedly Expressing Desire to Shoot a Black Man with His ‘AR’ https://t.co/JCyDEI82XE via @lawcrimenews

And here’s the video of Kyle Rittenhouse speaking about shooting strangers at a CVS. “Bro I wish I had my (expletive) AR. l’d start shooting rounds at them.”

Clear evidence of his intentions to commit violence, 15 days before he did shoot and kill two people. pic.twitter.com/D15k37kp8a