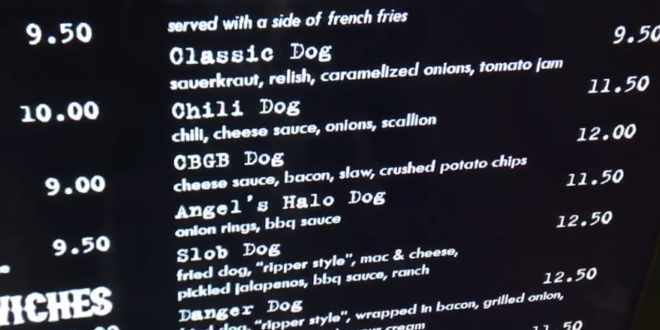 Port Authority of New York & New Jersey officials said Thursday that the bi-state agency’s new inspector general will examine whether OTG — the company that runs concessions at Kennedy, LaGuardia and Newark Liberty — or any other airport concessionaires are violating guidelines that only allow them to charge up to 10% more than “street pricing.”

The agency last year adopted a “street pricing plus 10%” policy on existing and future concessions agreements at airport gateways, saying the percentage was tied to minimum-wage increases in 2018 for thousands of airport workers.

But OTG outlets aren’t the only ones whose prices appear to test the limits on the 2020 pricing guidelines, THE CITY found. At a Hudson News shop at JFK’s Terminal 1, a 20 oz. bottle of Dasani water went for $3.69 — in contrast to the $1.75 price for that same item at a deli across from Jamaica Station.

“What you can buy in the street, you shouldn’t be able to pay more than 10% of that in an airport,” said Kevin O’Toole, the @PANYNJ chairperson. “They shouldn’t take advantage of you because you are captive in an airport.” https://t.co/tuCYO3VIT6

lol at all of this, including the additional 10% “COVID Recovery Fee” that doesn’t go to workers pic.twitter.com/Bq9rHJqek7

Airport price gouging. Seriously, where but @EWRairport does someone charge $3.29 for tic tacs? (*Everything* has that sort of markup. Anyone want a $23 hamburger? A $20 glass of cheap chardonnay? $34 rigatoni…) pic.twitter.com/H8DIgyvkJb

CIBO Express, Concourse C. But *everything* run by OTG seems massively overpriced. Like, do you want a cup of fries… $10.90. pic.twitter.com/CIT5bcuO9Q