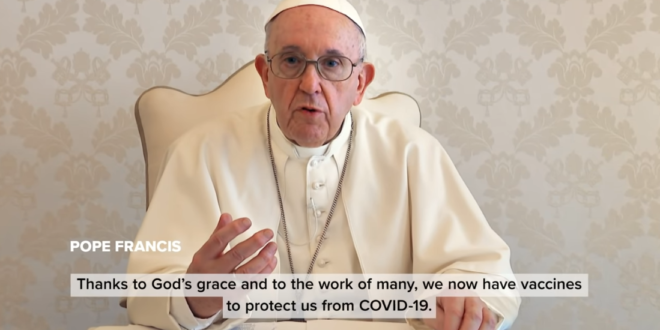 Pope Francis is adding his voice to a campaign to overcome vaccine skepticism, issuing a public service announcement insisting that vaccines are safe, effective and an “act of love.” The video message released Wednesday is aimed at a global audience but directed particularly at the Americas.

It features six cardinals and archbishops from North, Central and South America as well as the Argentine-born pope. It was produced by the Vatican and the Ad Council, which has produced a series of pro-vaccine ads in a bid to get more people vaccinated.

Read the full article. Everyone in the clip speaks Spanish, including US Archbishop Jose Gomez.