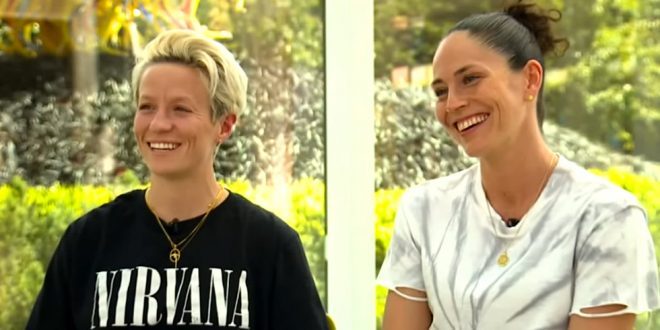 At least 182 out athletes from about 30 countries attended the Tokyo Games, more than three times the number who competed in the 2016 Summer Games in Rio de Janeiro, according to the LGBTQ sports site Outsports.

In fact, if the LGBTQ Olympians competed as their own country — affectionately labeled “Team LGBTQ” by Outsports — they would rank 11th in the total medal count (right behind France and before Canada), with 32 team and individual medals: 11 gold, 12 silver and nine bronze.

Read the full article. At the link you’ll find a full listing of all the LGBTQ medalists and their sports.

At least 182 out LGBTQ athletes participated in the Tokyo Games, according to @outsports , and these Olympians are going home with dozens of medals. https://t.co/6EqWHieJlT via @ItsDanAvery