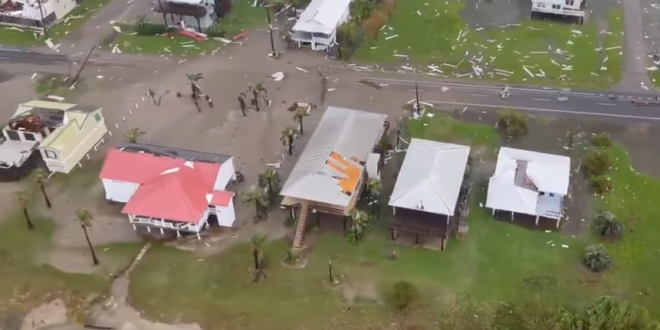 NOLA’s Levees Held, But Power May Be Out For Weeks

The massive storm, which arrived on the 16th anniversary of Hurricane Katrina, sent rescuers scrambling to retrieve people from attics as flood waters poured into places like Lafitte, LaPlace and Braithwaite.

The winds, matching the highest speeds ever recorded in Louisiana, tore roofs off homes, toppled transmission towers and left historic buildings in ruin. But unlike Katrina, which caused an estimated 1,800 deaths, mostly as a result of drowning, Ida didn’t bring catastrophic flooding to New Orleans.

That’s because the just-completed $14.5 billion system of levees, floodwalls, pumps and gates built after Katrina largely kept the storm surge and flooding at bay. Gov. Edwards said officials had not identified any levees that failed.

Some stellar reporting from the fine folks at the @theadvocatebr and @NOLAnews, most of whom had to leave homes without power to go report on the devastation. Here’s our roundup of Hurricane Ida, a day after landfall: https://t.co/6oOofHI48C via @nolanews

Found 20,000 pieces of fresh fruit for @WCKitchen meals! Reporting from our friends AJ’s Produce in New Orleans…no electricity but they jumped in to support! WCK team has been cooking non-stop because no power means no food or shops…We’ve seen many people desperate for a meal… pic.twitter.com/or8slUU7Kr

Hurricane Ida knocked out all eight transmission lines that deliver power to New Orleans, leaving the entire city without electricity. Some of the hardest-hit areas won’t see power for weeks. https://t.co/705yoiWm8O

Previous BC Mask Refuser Urinates On Dairy Queen Counter
Next Politico: The Senate Is Poised To Get A Lot More MAGA