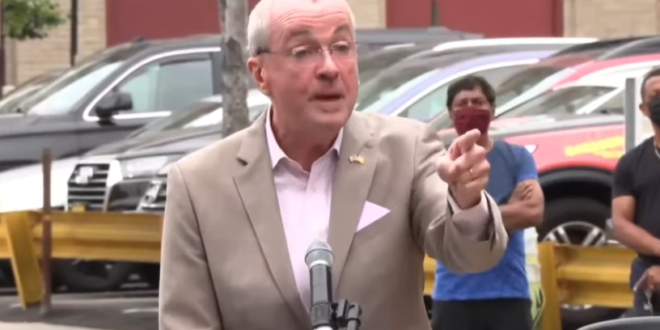 NJ Gov Shouts Down Anti-Vax Morons: “You’ve Lost Your Minds,” People Are Dying Because Of You [VIDEO]

Gov. Phil Murphy angrily lashed out at a small group of protesters carrying signs objecting to mandatory vaccinations, calling them the “ultimate knuckleheads” during a public bill signing event on a crowded street in Union City on Wednesday.

“These folks back there have lost their minds — you’ve lost your minds,” Murphy said, his voice raising with each line. “You are the ultimate knuckleheads. And because of what you are saying and standing for, people are losing their life.”

“YOU ARE THE ULTIMATE KNUCKLEHEADS.”@GovMurphy with the mic drop pic.twitter.com/2wGK0019wF