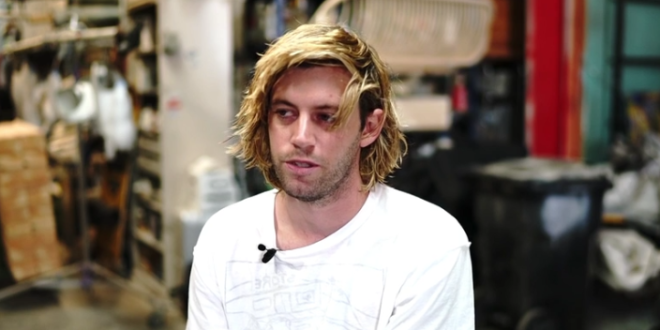 Spencer Elden, the man whose unusual baby portrait was used for one of the most recognizable album covers of all time, Nirvana’s “Nevermind,” filed a lawsuit Tuesday alleging that the nude image constituted child pornography.

The album cover depicts Elden underwater in a swimming pool as a then-infant with his genitalia exposed. The image has generally been understood as a statement on capitalism, as it includes the digital imposition of a dollar bill on a fishhook that the baby appears to be enthusiastically swimming toward.

The cover art subject — who, like the “Nevermind” album itself, is now 30 — is asking at least $150,000 from each of the defendants, who include include surviving band members Dave Grohl and Krist Novoselic; Courtney Love, the executor of Kurt Cobain’s estate; Guy Oseary and Heather Parry, managers of Cobain’s estate; photographer Kirk Weddle; art director Robert Fisher; and a number of existing or defunct record companies that released or distributed the album in the last three decades.

Elden has repeatedly recreated the pose as a teenager and adult, diving into pools to pose (with swim trunks on) on the occasion of the album’s 10th, 17th, 20th and 25th anniversaries. However, in most of the interviews accompanying these photo shoots, he expressed deeply mixed feelings about being famous for the “Nevermind” cover and whether he was exploited by it. Until now, despite his ongoing ambivalence about the photo’s legacy, he hadn’t described it as pornographic.

Nevermind has sold over 30 million copies, placing it among the 50 greatest-selling albums of all time.

If the Nirvana baby wins, I’m suing Natalie Imbruglia for the album cover that made me over-pluck my eyebrows. pic.twitter.com/5yngtDDmOs

Spencer Elden, the baby on the cover of Nirvana’s “Nevermind,” is suing Nirvana for at least $150,000 for “child sexual exploitation.” 🙄

THIS Spencer Elden, right here. The one who has spent his whole life relishing the fame. He must be hard up for cash. Fuck him. pic.twitter.com/fbmzyAFNA1

Man portrayed as a big baby chasing money turns out to be – well… https://t.co/QvJwhJAoUQ

I’m suing Nirvana for the Heart-Shaped Box video being “too fucking nineties.” pic.twitter.com/E4CmTw5tKg

Previous Delta To Impose $200/Month Insurance Surcharge On Unvaccinated Workers, No Pay If They Must Quarantine
Next New NY Gov Adds 12,000 To State’s COVID Death Toll