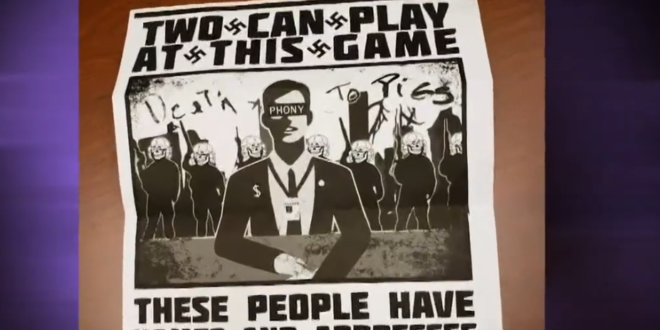 Cameron Shea, 25, a leader of the neo-Nazi group Atomwaffen Division, was sentenced today in the United States District Court for the Western District of Washington to 3 years in prison for federal conspiracy and hate crime charges for threatening journalists and advocates who worked to expose anti-Semitism, announced Acting U.S. Attorney Tessa M. Gorman.

At the sentencing hearing, U.S. District Judge John C. Coughenour said, “This conduct cannot be tolerated. This kind of conduct has consequences… It is so serious that it requires a serious sentence.”

“The Justice Department will continue to aggressively prosecute threats motivated by religious intolerance, and to prosecute defendants like this one who threatened violence against individuals who work to end discrimination,” said Assistant Attorney General Kristen Clarke for the Justice Department’s Civil Rights Division.

“The Justice Department is committed to prosecuting to the full extent of the law, violent neo-Nazis and other perpetrators of hate crimes.”

Shea and three co-defendants were charged with conspiring via an encrypted online chat group to identify journalists and advocates they wanted to threaten in retaliation for the victims’ work exposing anti-Semitism.

The group focused primarily on those who are Jewish or journalists of color. The group created posters, which featured Nazi symbols, masked figures with guns and Molotov cocktails, and threatening messages, to deliver or mail to the journalists or advocates the group targeted.

Shea messaged the group that he wanted Atomwaffen members in different locations to place posters on their victims’ homes on the same night to catch journalists off guard and accomplish a “show of force.”

The posters were delivered to victims in Tampa, Seattle and Phoenix. Shea mailed posters to several victims, including a poster sent to an official at the Anti-Defamation League (ADL) that depicted a Grim Reaper-like figure wearing a skeleton mask holding a Molotov cocktail outside a residence, with the text “Our Patience Has Its Limits . . . You have been visited by your local Nazis.”

Two of Shea’s co-defendants previously pled guilty to the conspiracy charge and were sentenced. A fourth defendant pled not guilty and is awaiting trial in September 2021.