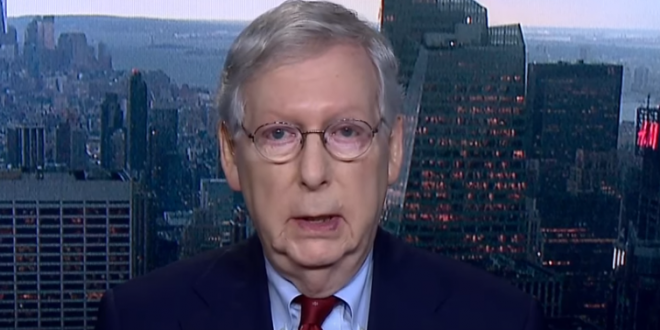 Senate Minority Leader Mitch McConnell credited President Biden with helping to get the roughly $1 trillion infrastructure bill passed in the Senate, but said he doesn’t anticipate many more opportunities for Republicans to work with Democrats.

In an interview with The Wall Street Journal, the Kentucky Republican also dismissed criticism from former President Donald Trump and other Republicans that he was handing Democrats a political victory ahead of the 2022 midterm elections.

“Infrastructure is popular with both Republicans and Democrats,” Mr. McConnell said. “The American people, divided, sent us a 50-50 Senate and a narrowly divided House. I don’t think the message from that was, ‘Do absolutely nothing.’ And if you’re going to find an area of potential agreement, I can’t think of a better one than infrastructure, which is desperately needed.”

“I think the president deserves a lot of credit for getting the Democrats open to reaching a bipartisan agreement on this bill,” Senate Minority Leader Mitch McConnell said https://t.co/N8JPYrrVYD