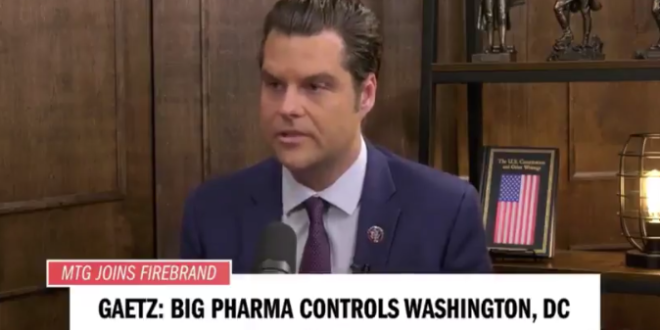 Controversial Republican Congressman Matt Gaetz said via his new podcast that in some cases his parents getting vaccinated against COVID-19 “makes sense,” and for his parents, it was the “smart decision.”

“You know, there are people like my own parents,” he continued, “who, for them, they’re a little older, they’ve got other complicated medical conditions. And it was the smart decision for them,”

Gaetz volunteered his parents’ positive vaccination status after angrily refusing to disclose his own vaccination status just last month. When a CNN reporter asked him to comment whether or not he had gotten his jabs, Gaetz cut the reporter off, saying “That’s very nosy of you.”

Read the full article. His podcast is titled “Firebrand.”

“It was the smart decision for them and for people in that circumstance where it makes sense.” https://t.co/tSKfNrjTDq

Matt Gaetz confirms that his parents got vaccinated. I wonder how the anti-vax MAGAs feel about this. pic.twitter.com/ZytZ8T9nnP

Previous CHATTER AWAY: Overnight Open Thread
Next GOP North Carolina Lt. Governor: Any Politician Who Promotes Vaccine “Needs To Be Voted Out Of Office”