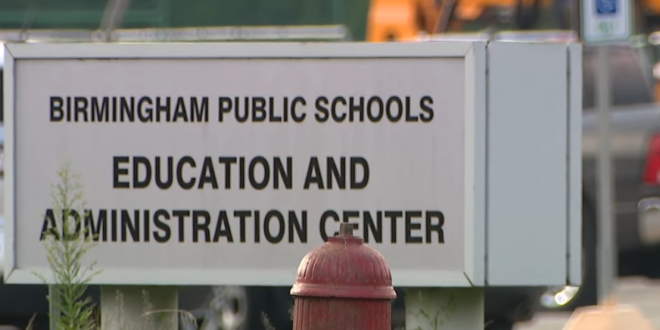 Man Fired For Nazi Salute At School Board Meeting

Paul Marcum, who witnesses say flashed a Nazi salute and chanted “Heil Hitler” at a raucous Birmingham Board of Education meeting last week, has lost his job as a tennis instructor at the Sports Club of West Bloomfield.

Police are investigating Marcum after witnesses said he flashed the Nazi salute and repeated “Heil Hitler” Wednesday evening while a Black woman and Jewish woman were at a podium showing their support for the school district’s new mask mandate.

The meeting turned chaotic as anti-maskers booed and jeered the district’s decision to require students to wear face coverings inside school buildings. In a letter following the meeting, Superintendent Embekka Roberson notified parents of the Nazi salute and said the district will not tolerate hate.

A Bloomfield Hills man, who witnesses say flashed a Nazi salute during a Birmingham Public Schools board meeting last week, has been fired from his job. https://t.co/n3GzFfcPk4