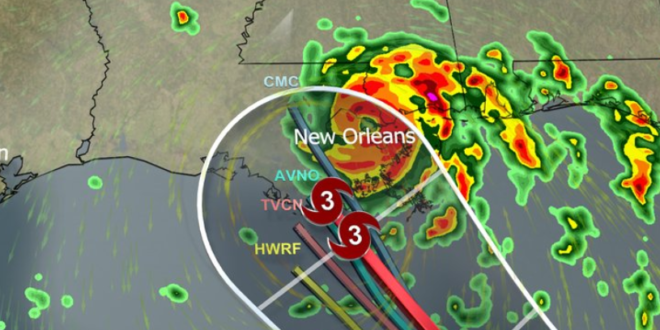 Tropical Storm Ida is strengthening in the Caribbean Sea and is forecast to threaten the northern U.S. Gulf Coast as a major hurricane this weekend. A hurricane watch stretches from Cameron, Louisiana, to the Mississippi-Alabama state line, including the New Orleans metro area.

A storm surge watch has also been issued from the Texas-Louisiana state line to the Alabama-Florida state line, including Vermilion Bay, Lake Borgne, Lake Pontchartrain, Lake Maurepas and Mobile Bay. This means dangerous flooding from storm surge is possible within the next 48 hours.

The NHC expects Ida to become a hurricane over the southeast Gulf of Mexico on Saturday. Ida could make landfall as a major hurricane on the 16th anniversary of Hurricane Katrina’s landfalls in southeast Louisiana and Mississippi.

Hurricane Ida expected to be Category 3 storm at landfall in Louisiana.